The Chicken and the Egg

A Collection of Writings on Nature, Science, and Art by John Holland

The Meaning of Life

‘Aim above morality. Be not simply good. Be good for something.’
Benjamin Franklin

Everything is connected to everything else through the motions of space. We are inseparable from everything in the Universe, including one another.

The grandeur of our Earthly environments, mountains, deserts, oceans, forests, the solar system, deep space, the quantum world of atoms and beyond force our attention and can often take our breath away. For many, witnessing these majestic monuments are enough to question the Meaning of Life. 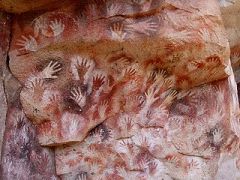 Many are willing to ask ‘big’ questions in order to orient themselves within the vast landscape of universal knowledge. But to find answers is no easy task in a world of specialized and fragmented interests.

For some, the MOL is based in religion, spirituality, or philosophy; or its related sisters: morality, ethics, or simply a sense of ‘giving back’. Yet for others, ‘meaning’ may be discovered in the simple tasks and rituals of everyday living.

So what exactly do we mean by, and why should we be asking about ‘the meaning of life’? In one sense, the asking can be a kind of sophomoric whining, and yet the question also challenges us to consider our most fundamental nature.

The most powerful instinct among organisms and creatures of every kind is to create the next generation of offspring. And it is no different with humans.

Nearly all people share a profound need or responsibility to help nurture and sustain the next generation; likewise to show appreciation for family and others that guided them from infancy into adulthood and beyond. It is obvious that humans throughout the world share deep reverberations of family attachment, and derive significant meaning from these relationships. 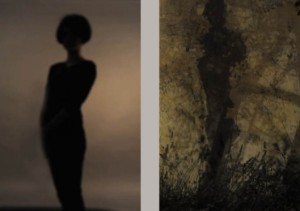 But we see, too, that family associations do not always satisfy the longing for meaning in our lives.

Eminent biologist E. O. Wilson maintains that the human species as a whole does not share a singular purpose. Although humanity has inherited profound evolutionary strategies for reproduction and survival, including a suite of highly developed social skills, as individuals we must discover our own purpose in life. This not only results in differences among individuals, but leads to a diverse world society.

Maybe it is our unique consciousness, the ability to ask questions of ourselves and others, and to measure our accomplishments against the hopes and dreams we have for ourselves and the world, that forces us, often unwittingly, to consider the Meaning of Life.

Or perhaps asking the question is simply a way of avoiding, unconsciously, the dark and dreaded horror of some unnamed, unimaginable turbulence that lies within all of us; a brilliant cover up.

The evolution and development of a human brain is unprecedented. Our awareness of self and other, the ability to represent the world symbolically, to teach one another, to develop technology, language, and art, and to work together to solve complex problems, separates us from our ancestral past. This means that we have a collective opportunity to accomplish anything imaginable, to solve any problem no matter how difficult or challenging, as long as it doesn’t violate known physical laws.*

Plato, the father of Secular Humanism, questioned the nature of ‘a life worth living’ in The Republic and at The Academy. His thesis was that experience of passionate love (eros) combined with the search for knowledge – exploring oneself and the world around us – is the key to a Life Worth Living. It is hard to argue. In today’s world, the corollary may be something like a job or career that one is passionate about coupled with a deep and loving partnership. Yet Plato was adamant about searching out truth and knowledge – exploring reality as a premise for a valued, meaningful life.

Victor Frankl in his classic holocaust memoir Man’s Search for Meaning found that discovering a purpose in life results in a longer lifespan and a greater ability to withstand adversity.

Of course the prospect of death puts a cap on what is possible for an individual, and profoundly shapes our attitudes toward the MOL. Yet mortality isn’t something that most people worry about until they have to. Nonetheless, we know (only recently) that death is a biological complement of life, not a fate invented by a supernatural power to punish or reward humanity.

[footnote: Death, as we know it, originated with biological sex. When genetically complex creatures such as plants and animals reproduce, as opposed to bacteria that clone themselves, the resulting offspring contains two sets of genes, one provided by the male, the other by the female. This amount of genetic material is capable of creating different kinds of cells (blood cells, body cells, immune cells, nerve cells, etc.) that are useful for adaptation, but can be harmful if the cells are allowed to divide and grow indefinitely.

Early in the evolution of plants and animals, organisms evolved a method of controlling the amount of cells that can divide and grow. If there are too many cells growing too fast, the result is an unwanted cancer killing off parts of the body, eventually leading to the early death of the organism.
The ‘solution’ that nature selectively ‘invented’ for the problem of too much natural growth in our bodies was to limit the number of cell divisions from birth. Once the number of cell divisions is reached, which is different for different species and for different individuals, the cells are chemically ‘turned-off’, and our bodies begin the process of breaking down.

So, our bodies don’t die naturally from being worn out by age, they are genetically programmed to stop replacing cells once we have reached the age of maturity.]

Because of recent breakthroughs related to programmed cell death and other biological functions associated with ageing, modern science predicts that within several generations there is no reason why we can’t extend our lives indefinitely, that humans will be capable of defying death, making immortality commonplace.

It is not difficult to imagine that the consequences of human immortality will be widespread and will radically change the way we think about the Meaning of Life.

There may be no shared purpose in life, but there is a shared history.

Life is a reflection of the ability of our ancestors to adapt to a variety of changing environments. Sustaining life on a small planet for billions of years is no small achievement. Maybe this is enough to qualify as a definition for ‘the meaning of life’.

Humans are related by ancestry to every living thing. We all come from the same ‘egg’.

Out of the nearly infinite number of possible entrants, we were chosen. We are alive; we are the Chosen Ones.