The Chicken and the Egg

A Collection of Writings on Nature, Science, and Art by John Holland

Human languages are information-based systems that use sounds, words, or characters to represent other states, systems, or events. Examples include written language, speech, music, and mathematics.

In addition, there are natural processes in which a few elements express many different forms, such as atoms or molecules. 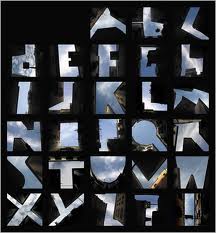 All languages are combinatorial and depend on a vocabulary of expression.

A vocabulary may be derived arbitrarily from the continua of nature, such as a musical scale, or from the process of natural selection, as in the case of speech. The discrete tones of a musical scale are sampled directly from the complete sound spectrum. In the case of speech, the vocal apparatus and brain functions related to language have evolved over tens of thousands of years.

In speech, individual sounds or phonemes are combined to form syllables, words, phrases, and sentences that convey meaning. The vocabulary of speech is composed of from 13 to 200 separate phonemes, depending on the specific language that is being spoken. English-speaking peoples employ a vocabulary of 44 phonemes.

In writing, a few graphic symbols are arranged in thousands of different combinations, resulting in the sharing of a common language. In western culture, writing has a vocabulary of 26 letters, with various adornments. Other cultures have invented different character schemes.

Mark Twain, Benjamin Franklin, and George Bernard Shaw all have attempted, for one reason or another, to modify the number of characters in the English language.

In the western world, the vocabulary of music is confined to 12 tones known as the chromatic scale. All other scales are derived from these 12 tones. In other cultures, melodic systems may include microtonal scales that are composed of many indiscrete tones.

The vocabulary of numbers is zero through nine, plus or minus, with or without a floating point. Aristotle said ‘All things are numbers’, by which he meant that any physical quantity that may be imagined by a human brain can be represented by a mathematical symbol or expression.

The vocabulary of computers is a binary code of zeroes and ones.

The vocabulary of smell is based on a finite set of pheromones. The vocabulary of taste relies on five elements of discrimination: sweet, sour, salty, bitter, and what the Japanese call umami, meaning savory or delicious.

The vocabulary of human experience is actions, thoughts, and feelings. All things human are combinations of these three dynamic systems.

The vocabulary of human emotion contains neurochemical states with standardized names such as anxious, content, frightened. A variety of these primitive elements combine to form all of our emotions. The same principle works for facial expression, as well as other forms of non-verbal communication, including physical gesture.

The vocabulary of life is DNA. Four chemical bases ATG and C create DNA sequences that map to all known forms of life. In addition, there are twenty amino acids arranged differently to create proteins that build and maintain organisms.

At last count, there are one hundred and nine chemical elements which, when rendered in various combinations, form all of the materials in the known universe.

The vocabulary of nature is atoms, or more precisely electrons and quarks.